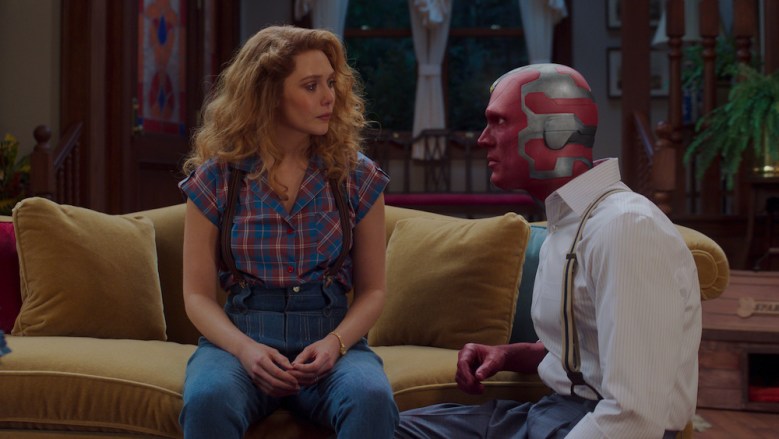 Narratives have long used framing devices when it comes to telling stories. What is “Arabian Nights” if not Scheherazade introducing the concept of episodic storytelling under the guise of staying her own execution?

Television is no exception and while there’s nothing intrinsically wrong with choosing to communicate your story using such methods, recent circumstances have left some to wonder if it’s possible to use such devices as a cheat, sending audiences a certain message without doing the hard work of showing, rather than telling.

Perhaps the most misguided framing device betrayal came in the form of the CBS sitcom “How I Met Your Mother,” which already stated its premise in the title, as well as buoying episodes with scenes from an undefined future where protagonist Ted Mosby (Josh Radnor) was relaying tales of his past to his children — stories that purportedly explained the show’s title.

And while the show abided by that model for most of its nine seasons, the series finale pulled a massive betrayal, revealing that though the children’s mother was met and married along the way, the story really began and ended with their father’s love for his ex-girlfriend/ex-wife of a close friend/best friend Robin Scherbatsky (Cobie Smulders). The reveal sparked outrage amongst fans and critics alike, many of whom found the reveal unconscionable given the series’ title and, in the years since, have seen the finale regularly listed amongst the worst in TV history.

Currently, there are two shows airing that seem as though they might be playing with fire with regards to framing devices, for two distinctly different, though equally concerning ways.

On Disney+, Marvel’s “WandaVision” appears to be a crowdpleaser — at least amongst audiences pre-disposed to like any adventure into the larger Marvel Cinematic Universe — though some critics have pointed out that it’s not yet clear if the series understands how to be a TV show.

Those individuals aren’t entirely off base. Though divided into nine episodes, the first six entries in the limited series have amassed approximately 170 minutes of running time. Based on comments from those involved in the creation of the series, there’s likely to still be 180 minutes of show remaining, all of which will be divided into just three episodes. Based on runtime alone, it suggests the series is about to take a hard left turn from whimsical sitcom parody into hardcore cable drama; a transition that few shows could attempt, much less succeed at.

One of the nagging problems with “WandaVision,” though, is its use of classic TV as a framework for its storytelling. While it’s all well and good that the show tries to ape what TV looked like in the ’50s or ’70s or ’90s, that’s profoundly different than understanding what makes episodic TV work.

“WandaVision” wants viewers to believe that it’s a TV nerd, but it is, for lack of a better term, a fake TV geek girl. The sitcom homages only go so far, and often end before the episode does. The story is built on teases, rather than substantial character development. Because if “WandaVision” understood as much as it thinks it does about television, it would spend a lot more time dedicated to proper storytelling structures and a lot less time revisiting emotional ground that it covered the week before.

Perhaps the series needs to be much shorter or much longer. “WandaVision” could work as a film, even keeping the TV trappings. It would be action-packed and lovely, while doing a cursory examination of Wanda’s grief which at this point seems like all the more soul-searching the series is willing to do for the bereft superhero. Or “WandaVision” could be an incredible 22-episode comedy, which would allow for a deeper and more meaningful exploration of TV themes and the comfort gleaned from the facade of fiction, as well as a more profound opportunity to work through the incomprehensible global grief that must have ensued in the aftermath of the Snap and the Blip as depicted in “Avengers: Infinity War” and “Avengers: Endgame.”

Also troubling is NBC’s promising family comedy “Young Rock,” which depicts adventures from Dwayne “The Rock” Johnson’s tumultuous childhood, adolescence, and early adulthood, as framed by a presidential campaign for the former pro-wrestler in the year 2032. Johnson is as charismatic as ever — there’s a reason he’s a huge superstar — and the series is helmed by brilliant showrunner and storyteller Nahnatchka Kahn (“Fresh Off the Boat”).

Their shared sensibilities make for a charming series. Honestly, maybe too charming.

It wasn’t that long ago that NBC had another charismatic personality on their network who relished the spotlight and made feints at getting into politics. And then he did. And then he was elected president. And things devolved from there.

That’s not to say that “Young Rock” is doubling as pro-Rock propaganda, airing out the actor’s dirty laundry in the guise of a family sitcom, the better to preempt any potential blowback should Johnson choose to pursue politics in the future. But it’s not not saying that either. After all, what better way to ease your sins into popular conversation then by getting adorable child actors to do it for you?

Framing devices are meant to do just that: Frame the stories to come. But while Scheherazade might have been duplicitous when putting her stories to good use, it’s not good practice for TV shows to follow suit. A TV series is a relationship that grows out of trust between the audience and the story being told. To betray an audience before you’ve even begun is an egregious breach of trust and makes viewers less likely to invest in future stories.

For more dissection of the sins and saints of “WandaVision” check out this week’s episode of IndieWire’s TV podcast “Millions of Screens” as hosts Deputy TV Editor Ben Travers, Creative Producer Leo Garcia, and, myself, TV Awards Editor Libby Hill, explore the Disney+ series as we head into the show’s endgame.

Also, the crew expresses excitement for new shows on the horizon, including an Amazon TV adaptation of “Mr. and Mrs. Smith,” starring Phoebe Waller-Bridge and Donald Glover, as well as the cast announcement for Sally Rooney’s “Conversations With Friends.”