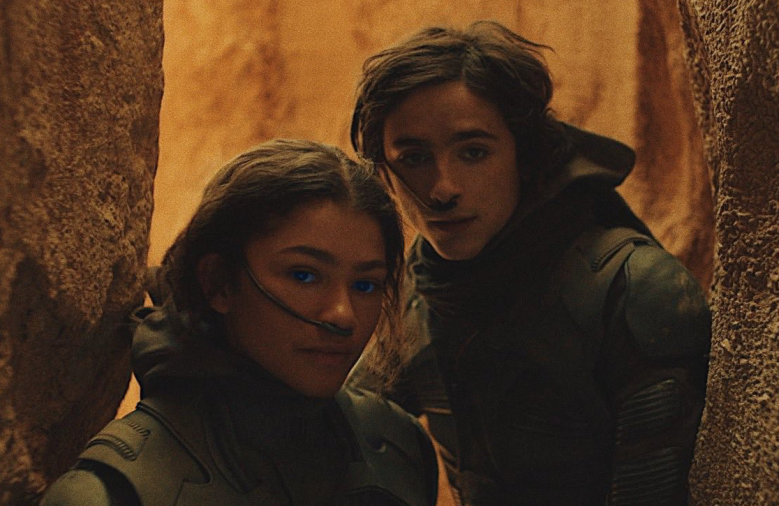 The past year has been a great reminder that change is upsetting, but necessary, particularly in times of unprecedented disaster. Many of us have spent months and months hunkering down and working from home with jobs where they swore such a thing was impossible, watching the World Series being played in largely empty stadiums, while people took to the streets to complain about the constitutional crisis of having to wear a mask to safeguard the health and safety of fellow humans.

It’s been a weird year.

And the reality is, things are going to stay strange for longer than we’d like. While the FDA contemplates the emergency use of Pfizer’s COVID-19 vaccine, it will be months before such a drug would be widely enough distributed for the country to return anywhere close to some version of the way things were in the before times.

With all of that in mind, we turn to last week’s news, in which Warner Bros. announced its plan for 2021 releases, a “distribution model in which Warner Bros. will continue to exhibit the films theatrically worldwide, while adding an exclusive one month access period on the HBO Max streaming platform in the U.S. concurrent with the film’s domestic release.”

The move has been excoriated by filmmakers and industry insiders in its implementation, with some suggesting that the move was never discussed with people who had a vested interest in profit-sharing or product distribution. “Tenet” director Christopher Nolan was particularly vocal, telling ET Online, “There’s such controversy around it, because they didn’t tell anyone. In 2021, they’ve got some of the top filmmakers in the world, they’ve got some of the biggest stars in the world who worked for years in some cases on these projects very close to their hearts that are meant to be big-screen experiences. They’re meant to be out there for the widest possible audiences… And now they’re being used as a loss-leader for the streaming service — for the fledgling streaming service — without any consultation. So, there’s a lot of controversy.”

He also said that the film industry is using “the pandemic as an excuse for sort of grappling for short-term advantage. And it’s really unfortunate,” he said. “It’s not the way to do business, and it’s not the best thing for the health of our industry.”

(Speaking of the health of the industry and the nation, “Tenet” has grossed less than $60 million in the United States and Canada since its delayed September 3 theatrical release, which took place as the country was still mired in the grips of a pandemic that has killed nearly 300,000 Americans.)

But not every film auteur has the same outrage stewing with regards to the HBO Max decision. In an interview with The Daily Beast, Oscar-winning director Steven Soderbergh offered a far less catastrophic take on the move.

“[The streaming push is] just a reaction to an economic reality that I think everybody is going to have to acknowledge pretty soon, which is that even with a vaccine, the theatrical movie business won’t be robust enough in 2021 to justify the amount of [print and advertising money] you need to spend to put a movie into wide release,” he said. “There’s no scenario in which a theater that is 50 percent full, or at least can’t be made 100 percent full, is a viable paradigm to put out a movie in. But that will change. We will reach a point where anybody who wants to go to a movie will feel safe going to a movie.”

The director added, “The theatrical business is not going away. There are too many companies that have invested too much money in the prospect of putting out a movie that blows up in theaters — there’s nothing like it. It’s all going to come back. But I think Warners is saying: ‘Not as soon as you think.'”

Soderbergh is right. Nothing will ever kill movie theaters in earnest. Not as long as you have critics scrambling for first rights to see a highly-anticipated release, or opening night audiences reacting to a moment that they’ve been waiting years for, or so long as there’s billions of dollars to be made.

So what are people really upset about? The lines between film and TV continue to blur, so much so that lately you’ll find TV shows receive the hallowed honor of being included among film Top 10 lists, and the TV Academy just introduced a rule barring any production from Emmy eligibility if it has already been submitted for an Oscar — a restriction documentary co-productions had been skirting for years.

Look at Nolan’s distribution concerns from the other side. If you want more eyes, not fewer, on your product, then coupling with a streaming service makes perfect sense, particularly during a pandemic. Going to the movies is expensive, more so if you’re a family and looking for a fun night of entertainment — and god forbid you want to visit the concession stand. New releases on HBO Max are far more affordable and accessible to people in lower income brackets — a wise move with the U.S. sitting at nearly a 7 percent unemployment rate.

Art isn’t diminished by appearing in a similar medium, regardless of the intent of the artist. It’s not the end of the world if someone can actually pause “The Irishman” during its three-hour plus running time to use the bathroom or get a snack. It’s actually far preferable than doing those same things in a theater viewing. At some point, you have to divorce yourself from how people consume your creations because you cannot control it.

Also, honestly, HBO Max is great and its rollout issues have been greatly overstated. As far as spectacular film and TV content, it’s basically a streaming necessity and that was before the Warner Bros. news.

For more on auteur theory and the divide between film and TV culture, check out this week’s episode of IndieWire’s TV podcast “Millions of Screens” as hosts Deputy TV Editor Ben Travers, Creative Producer Leo Garcia, and TV Awards Editor Libby Hill speculate on all manner of things, including just how many Emmy Awards “Dune” will win. (Settle down, it’s a joke.)

Stay tuned as Libby explores the ramifications of asking a historical fiction TV series to put a disclaimer before episodes stating that it is, you know, fictional, and Ben warns everyone of the dark day in the near future when “The Office” leaves Netflix and flies home to Peacock.

This Article is related to: Television and tagged HBO Max, Millions of Screens, Podcasts