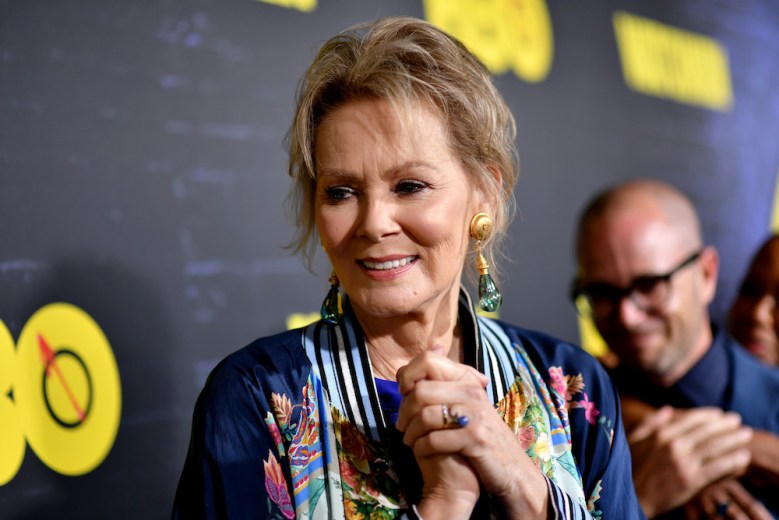 It would be easy to assume that we’re in the midst of some sort of Jean Smart-aissance, spurred by a number of high-profile prestige dramas she’s been a part of in recent years. The three-time Emmy winner earned rave critical reviews — and an Emmy nomination — in 2015 for her turn as Floyd Gerhardt in the second season of “Fargo.” She then found herself again working with “Fargo” creator Noah Hawley on “Legion” in 2017, as well as a supporting role in 2018 for true crime anthology series “Dirty John,” before landing in HBO’s towering “Watchmen” limited series last year as FBI Agent (and former masked crusader) Laurie Blake.

But this is nothing new. This is not some reintroduction of the actress to the world. This is not a rebirth. Because Jean Smart never died. Never left. She’s been here grinding all along.

“Since I got out of college, I never took a civilian job,” Smart told IndieWire in a video interview.

“I feel guilty when I tell other actors that sometimes,” she added. “I never had to wait tables or do temp work. I mean, sometimes I was just barely scraping by. But for whatever reason, I’ve just been so lucky.”

Smart is modest, but it’s more than just luck that’s kept her in the game, amassing film and TV credits annually since 1983, nearly 40 years. And while the actress might be better known for her spirited presence in sobering dramas, that she is an equally powerful comedic force should come as a surprise to nobody, given Smart’s multi-cam comedy bonafides. Smart made a name for herself in 1986 as Charlene Frazier Stillfield, one of the original “Designing Women,” in addition to logging two Emmy wins for Guest Actress in a Comedy Series for her turns on “Frasier.”

It must be a comfort to showrunners to know that having Smart on-board means that there’s someone take, make, and land a joke, no matter what’s happening. That latent sense of humor is one of the things Smart loved most about portraying Agent Blake in “Watchmen.”

“I loved her sense of humor,” she said, before rolling her eyes and admitting. “I’m a smart-ass.”

“I loved how she messed with people, always trying to keep people off-guard. But it’s also obvious she’s covering up a lot of pain.” Smart went on to talk about Blake’s issues with her parents and her childhood, as well as the inevitably intriguing aspect that Blake herself used to be a masked vigilante.

“But also, I have to be honest. I never thought I’d be playing an action hero at this stage of the game,” she admitted.

By this point, Smart should realize that nothing is impossible, as evidenced by an upcoming gig she has booked for once the pandemic has passed, which features the actress starring as a “Las Vegas diva” in a new dark comedy on HBO Max, from “Broad City” alums Paul W. Downs, Lucia Aniello, and Jen Statsky and executive producer Michael Schur.

But Smart is more than just a Las Vegas diva in the as-yet-untitled series: She’s a stand-up comedian.

“When I met with the producer, writer, director I said, ‘You guys have no way of knowing this about me, but that was one of my fantasies when I was in middle school, was to be a stand-up comic. And I idolized Phyllis Diller. I wanted to be Phyllis Diller. I went to a costume party as Phyllis Diller.

But that’s par for the course for Smart. Making her own dreams come true for years.

“Watchmen” is streaming now on HBO.