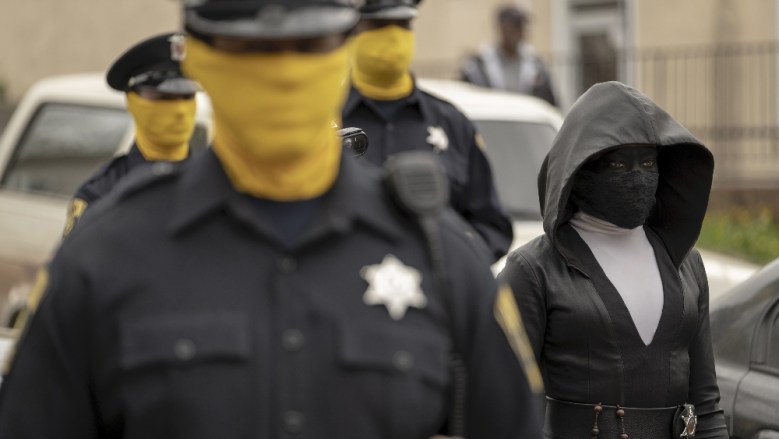 Nicole Kassell directed three of the key episodes of “Watchmen,” but that was only part of the executive producer’s job on the HBO limited series. While on IndieWire’s Filmmaker Toolkit podcast, Kassell talked about being an early reader of creator Damon Lindelof’s adaptation of the graphic novel and her role in translating it to the screen.

“Part of the thrill of doing the pilot of any show is you’re putting down any decision and choices that will ride through the season, from casting to locations to costume design,” said Kassell. “And on this show, it was just amazing because it was also world building and getting to create these things.”

While on the podcast, Kassell talked about the decision to shoot in Atlanta, creating the look of Sister Night (Regina King), deciding when to use visual effects, and visiting Tulsa to do research for the series’ dramatic recreation of the 1921 Tulsa Massacre. One of the hardest things for Kassell was zeroing in on the series’ cynical tone as it related to King’s Sister Knight character.

“She’s a very tricky lead character in that she’s very morally ambiguous,” said Kassell. “I had to, at times, put that moral judgement away and trust that the show as a whole is exploring that precisely and would give us answers or resolution. But I I would say those were the hardest moments I had was when I was upset with her for what she was doing, and I would have to talk to Damon and he’d remind me again that when we come back to the source material that the tone is very cynical.”

In the video above, Kassell walks us through a key moment from Episode 2, where Sister Knight crosses the line at the Nixonville trailer park. Also in the video, Kassell breaks down how Alan Moore and Dave Gibbons’ graphic novel informed the show’s visual style, and the problem solving involved with directing Episode 8 (“A God Walks into Abar”), where Kassell couldn’t show the main character’s face. (Be warned: Spoilers ensue for that part of the chat.)

To see how Kassell visually problem solved on “Watchmen,” watch the video above. To hear the full conversation, subscribe to the podcast below.