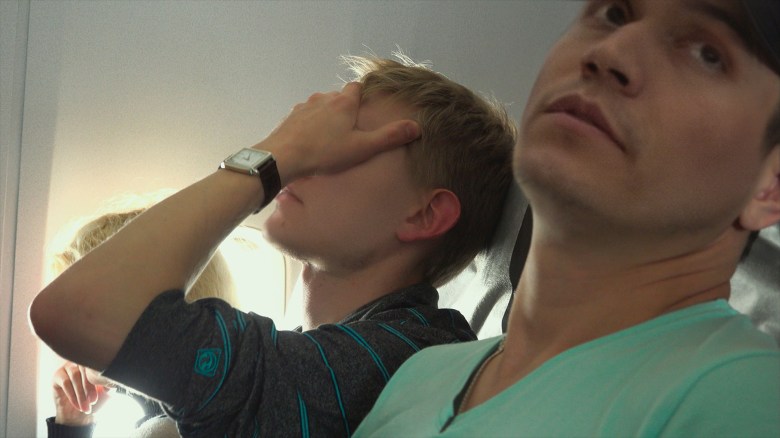 Oscar-nominated documentarian David France (“How to Survive a Plague”) admits that if he had known the complications his latest feature “Welcome to Chechnya” would entail, he would have thought twice before jumping into the complex issue.

After reading an article in The New Yorker about the work of activists in Russia who try to save the lives of LGBT people from government-sanctioned persecution — hiding them and eventually smuggling them out of the country — he contacted the author, Masha Gessen, who in turn put him in touch with those running the whole system of underground shelters.

“Within a week I was there making my case to the people who were being rescued and to their rescuers to let me join them on this journey,” noted France during a Q&A as part of the International Documentary Association’s annual screening series.

Once the subjects got on board, the team had to put in place security protocols in order to move footage across borders and establish secure lines of communications. Aware that if the footage fell into the wrong hands the safety of everyone involved would be compromised, they took extreme measures.

“We moved the clips immediately off of the cards from the camera, put them on highly encrypted drives, multiple copies, so that in case any were seized, we would still be able to get copies out. We overwrote the cards in the camera. It wasn’t enough just to delete the images. Before we left any of the secret locations we were filming in, we wrote data over the top so that nothing could ever be recovered from those cards. And we made sure, obviously, that nobody saw us moving a camera in or out of any building,” France explained.

Watch the video of the interview among France, subject Maxim Lapunov, and co-producer Igor Myakotin with Indiewire’s Associate Editor Jude Dry above.

In order to further protect their subjects, who were risking their lives trying to escape, the team applied complex technology to their footage. Blurring their faces wouldn’t have been enough, so through a long research and development process they stumbled on an artificial intelligence approach to mask the faces of the 23 people in the film with other people’s faces. This required casting real people who agreed for their faces to digitally replace those of the subjects, acting as a human shield to safeguard the identities.

“Ultimately the people that we recruited knew. We brought them into our bubble of secrecy and shared with them details and they knew exactly what they were doing. They knew who they were covering and why they were covering them. And then they joined us for a lengthy, six-day or seven-day, blue screen shoot, where we brought everybody into a blue screen environment where we ingested their faces in this algorithm to allow the machines to begin doing this deep machine learning technique that modeled their faces in a kind of pixel by pixel way over the faces of the people that we shot in the film,” said France.

For Lapunov, one of the movie’s key participants who was initially fearful of appearing on camera, it was a uniquely cathartic experience to see his story play out on screen with another face on his body. “I didn’t know how to feel, but then I calmed down and I realized that whenever I was seeing this guy on camera, going through experiencing the same trauma, the same stress that I experienced, it’s like this drama and stress was not a part of my life anymore. He was experiencing it, not me,” he noted.

According to France, activists and organizations on the ground, such as Russian LGBT Network, have been able to raise money through the film’s website, which allows them to increase their capacity in order to help more individuals in dire situations. More importantly, “Welcome to Chechnya” has already had political impact, as it has been screened for lawmakers in Europe, Canada, the United States, and even in Russia. This helps those fighting cultivate the support they require from governments abroad.

“It’s also given impetus for, even in the last two weeks, a new round of sanctions both from the United States and from the United Kingdom, finally putting pressure on Russia and Chechnya to stop the anti-LGBTQ crimes,” added France. “The U.K. ambassador to the UN specifically mentions the evidence as presented in ‘Welcome to Chechnya’ as being evidence beyond doubt proving that these crimes are taking place.”