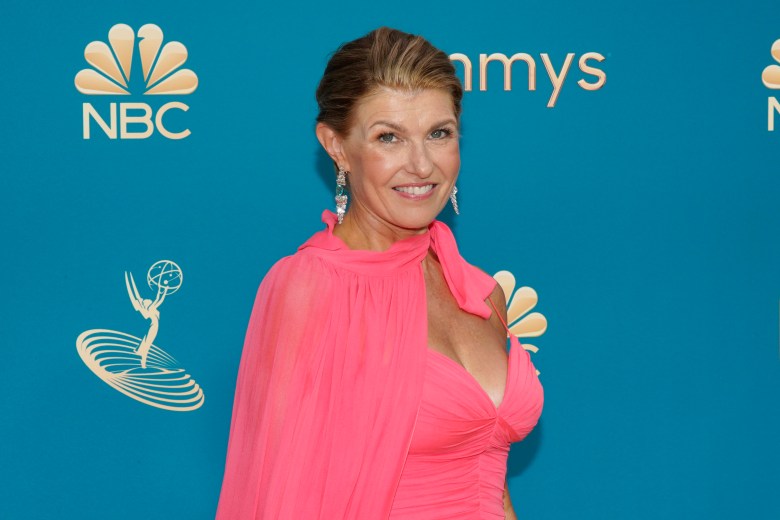 With more shows being produced than ever before, competition for Emmys can get fierce throughout the long awards season. But at the end of the day, the Emmys are meant to be a celebration of all the nominated shows. So in the spirit of camaraderie, IndieWire asked several nominees to imagine their characters living in a different Emmy nominated series.

Hannah Einbinder, for her part, had no problem visualizing her “Hacks” character Ava Daniels fitting into another popular HBO series.

“I think Ava Daniels would probably be protesting outside of the headquarters of the business that the ‘Succession’ people run,” Einbinder said. “She would be like ‘Eat the rich’ and stuff like that.”

“The White Lotus” star Connie Britton imagined that Nicole Mossbacher would find herself witnessing yet another murder in a luxurious setting.

“’Only Murders in the Building,'” Britton said. “I think Nicole could totally live in that building. Let’s think about it. Would she be into it? Would she be into, like, the murder podcast. Yes, I think maybe she would.

Tony Shalhoub would like to see Abe Weissman leave the “Marvelous Mrs. Maisel” universe and try his hand at working in Silicon Valley.

“I think where Abe would probably fit the best, even though we’re a comedy and they’re a drama, was the limited series ‘The Dropout.’ Which I loved and am really rooting for,” Shalhoub said. “Had Abe lived in the present day, he would have been Silicon Valley and all that. Because it’s about science and it’s about technology, and that’s kind of where he lives. So it would be really interesting to see Abe Weissman in that arena.”

“Severance” stars Zach Cherry and Tramell Tillman took things in a dramatically different direction, imagining the shows where their characters would be set up for comical failures.

“Was ‘American Ninja Warrior’ nominated?” Cherry said. “Dylan’s got some endurance stuff. Something like that. I’d love to see him in a physical competition show.”

“Just randomly, ‘Hacks.’ Maybe we’re like comedians,” Tillman added with a laugh. “I would try my hand at comedy, and then Milcheck would fail miserably.”