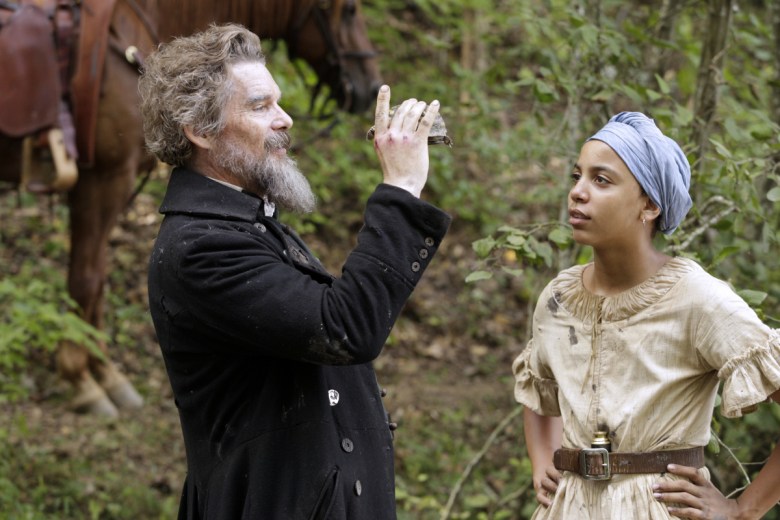 The problem with this year’s election night, of course, is like so many election nights before it, there’s no clear sense of when it might end. That is, no one, not pundits or professionals and certainly not the public at large, can say exactly when the evening’s results will be formalized, meaning that there’s no telling how long — hours, weeks, ugh, months — America’s dark night of the soul will actually last.

As torturous as that sounds, there is some good news nestled in amongst all the rot. If civic engagement has you down and you’re looking for a way to while away the hours as election results roll in, there are plenty of viewing options available for people looking to maintain the spirit of the day without twisting themselves up in knots.

On Prime Video, Heidi Schreck’s “What the Constitution Means to Me” has become the latest Broadway production to make the leap to streaming, a stirring one-woman show that transforms into something universal and empowering, as Schreck pulls apart her own history, the history of the country, and spurs audiences into examining their own relationships with a historical document that appears to have little interest in protecting them. Do we burn the system down? Do we attempt to enact improvements from within? Like in the voting booth, viewers must decide for themselves, but one thing remains clear: Change won’t happen without each of us working for it.

Meanwhile, Showtime’s “The Good Lord Bird,” a limited series based on James McBride’s eponymous 2013 novel centered around abolitionist firebrand John Brown (Ethan Hawke) serves as a curious mirror to modern times, as Brown’s controversial belief that the country’s plague of slavery was beyond that which could be changed by pontificating or preaching, and that only violence could break the bonds of America’s original sin. The series provides room to explore a different side of patriotism, one that clearly loves its beautiful country, full of promise, and hates the evil that has befouled it and sparked people to treat each other so inhumanely.

Dragon statues in Chinatown wearing masks in “City So Real”

Or for those looking to keep things a little more baldly political, there’s Steve James’ docuseries “City So Real.” Originally airing on Nat Geo and now available to stream on Hulu, James’ series follows the 2019 Chicago mayoral election and provides jaw-dropping insights into the year that is 2020, as revealed through the events that unfolded in the city’s battle for mayor. Issues of race and hostile policing, voter disenfranchisement and the role of celebrity in politics, all of it is there on the screen, evidence of lasting and systemic issues that are inherent to our democracy. It’s real and it’s human, like all of James’ work, and it provides a better understanding of the world (and election) we’re living in, even as the results unfold as we speak.

For more Election Night counter-programming, check out this week’s episode of IndieWire’s TV podcast “Millions of Screens” as hosts Deputy TV Editor Ben Travers, Creative Producer Leo Garcia, TV Awards Editor Libby Hill, and special guest TV Associate Editor Steve Greene (“The Recommendation Machine”) expand upon the media offerings that encapsulate a new kind of patriotism, one that argues that burning the system down might be the best way to start anew.

Plus, the episode features another edition of “Corgi Corner,” in which Executive Editor Ann Donahue breaks down Netflix’s newest trailer for Season 4 of “The Crown,” as well as Ben and Leo in full celebration mode after Apple TV+ announced the Season 3 renewal of “Ted Lasso,” a big win as the pair continue to persuade Libby to finally give in and watch the series. In keeping with ongoing social distancing mandates, this week’s episode was again recorded from the comfort of everyone’s respective Los Angeles-area apartments and we’re again offering viewers a video version of the podcast, as embedded above.

This Article is related to: Television and tagged City So Real, Direct, Millions of Screens, Podcasts, Video, What the Constitution Means to Me