By Azwan Badruzaman and Kristen Lopez 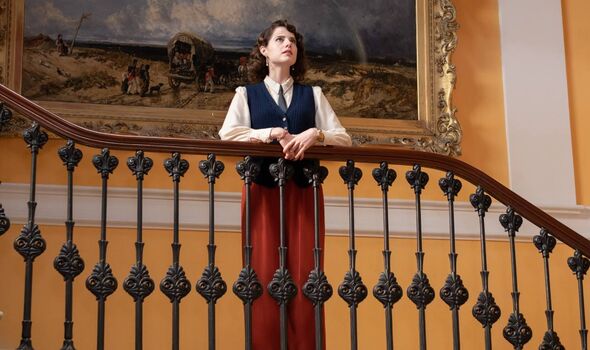 Agatha Christie is one of the most adapted authors in film and television. But despite how frequently her works are translated to the screen, director and screenwriter Hugh Laurie — who crafted the latest adaptation, “Why Didn’t They Ask Evans?” for BritBox — said it’s not as simple as transposing Christie’s plots to film. “You have to assume a rather arrogant position of assuming you know what it was the author was going for,” Laurie said in IndieWire’s latest Consider This interview.

The three-episode series tells the story of Bobby Jones (Will Poulter) who, while working as a golf caddy, discovers a dying man at the bottom of a cliff. The man’s final words are the title of the series and send Bobby on the trail of a murder mystery. Along the way he draws in former childhood friend and socialite Frankie Derwent (Lucy Boynton).

Boynton saw the character similarly, as a magnetic, three-dimensional woman. “[She] has such confidence in her drive, and her momentum, and in herself,” Boynton said. The actress said that she saw the words “moxie” and “gumption” when she envisioned the role.

“Why Didn’t They Ask Evans?”

“She’s such an interesting character because she’s set in a time when the English class system was so much more rigid. There were so many more limitations on women,” said Boynton.

And while the actress didn’t draw on any past characters for reference, there is a classic film feeling to the show. Laurie points out that just a year prior to the publication of “Why Didn’t They Ask Evans,” Dashiell Hammett released “The Thin Man,” and both novels possess a similar tone. “I’d be amazed if she [Christie] hadn’t read it,” said Laurie. The biggest difference between Hammett’s Nick and Nora Charles and Christie’s Frankie and Bobby? The latter don’t drink as much.

You can watch the full interview above.

“Why Didn’t They Ask Evans?” is currently streaming on BritBox.

This Article is related to: Awards and tagged BritBox, Consider This Panels, Hugh Laurie, Lucy Boynton, Why Didn't They Ask Evans