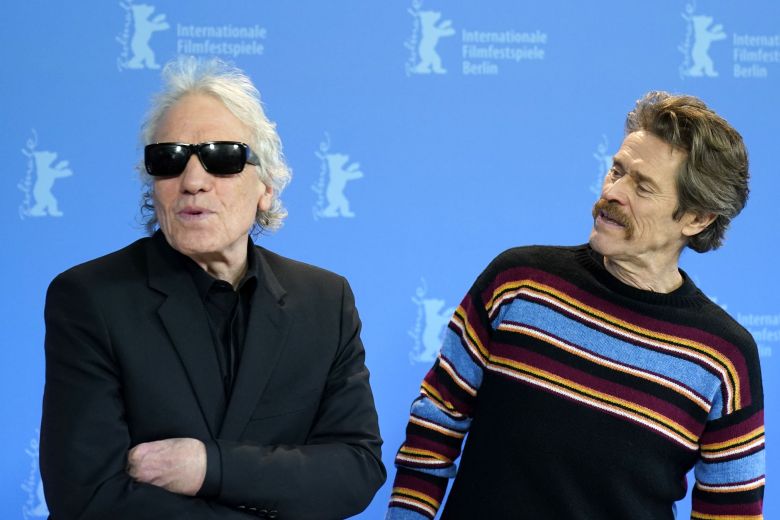 In the pantheon of director-actor relationships, Martin Scorsese and Robert De Niro have received a lot more ink than Abel Ferrara and Willem Dafoe, but the latter keep taking much wilder swings. Over the course of six feature films, Ferrara has directed Dafoe through a range of ambitious turns, from a neurotic New Yorker grappling with the end of the world in “4:44 – Last Day on Earth” to ill-fated Italian iconoclast Pier Paolo Pasolini in “Pasolini.” Over the past year, the collaboration between New York’s grimiest auteur and one of its most adventurous mainstream actors has intensified.

In “Tomasso,” a Cannes sleeper hit last year that recently became available in virtual cinemas across the U.S., Dafoe plays an addiction-riddled filmmaker grappling with family life, with much of the action shot in Ferrara’s own cramped apartment; in dreamlike “Siberia,” which premiered at the Berlin International Film Festival in February, Dafoe portrays a lonely man wandering an eerie landscape while confronting his dark past. Both movies are singular, defiantly non-commercial gambits made possible by the synergy on both sides of the camera.

It doesn’t hurt that Ferrara and Dafoe are good friends and neighbors. In the above interview with IndieWire, the pair jumped on Zoom to discuss the unique evolution of their bond.

While the filmmaker fled New York after 9/11 and resettled in Rome, Dafoe found his way there after marrying Italian actress and director Giada Colagrande, whom he met on the set of Wes Anderson’s “The Life Aquatic With Steve Zissou.” These days, Ferrara and Dafoe live a few blocks away from each other and have remained close throughout the pandemic.

However, their relationship started in a more professional place over 20 years ago: For 1998’s cyberpunk drama “New Rose Hotel,” Dafoe played an “extraction specialist” opposite Ferrara regular Christopher Walken. By then, it was a wonder their paths hadn’t crossed: Ferrara had been a fixture of the New York film scene for two decades, and Dafoe was an Oscar-nominated actor with roots in the downtown theater collective The Wooster Group.

“The minute I’d seen him, I knew this was our kind of guy,” Ferrara said. However, Dafoe said their connection only deepened with production on 2007’s “Go Go Tales,” the Cannes-acclaimed drama that found the actor playing the manager of a burlesque club over the course of a single complicated night. “He was inviting me in at an earlier stage,” Dafoe said.

That collaborative process continues to deepen, providing Dafoe with a contrast to many of the bigger commercial projects he takes on. “He gives me a chance to let me do things I can’t do on other movies,” Dafoe said. “I love him as a shooter and as a self-starter. He’s always cooking stuff up, he doesn’t wait, his stuff is personal, but at the same time he has a real feel for what’s exciting. But where he wants to go is deep and challenging.”

In “Tommaso,” that included improvisatory moments that found Dafoe roaming the streets, interacting with a homeless man on the fly, and working his way through AA meetings inspired in part by Ferrara’s own road to sobriety. “Sometimes, he’s got fragments of scenes,” Dafoe said, “or, he basically tells me a story and we just go and do it. It was a really loose and fun way to make a movie.” (While both men denied assumptions that “Tommaso” was based on Ferrara’s own life, Dafoe admitted he did a good impersonation of his friend, though it’s not in the movie.) “He’s gonna do me when we do the real comedy,” Ferrara said with a laugh. “Then you’ll see some funny shit.”

Ferrara insisted that he had maintained that process throughout his career, including the challenging passage of time he spent in the studio system, where he clashed with top brass on “Body Snatchers” in 1993. “We had a shitload of money,” Ferrara said, “but we were always trying to push ourselves for that cinematic moment.”

That has continued despite the shutdown that followed the premiere of his last movie. When “Siberia” premiered in Berlin, Ferrara was shooting a documentary about that experience, and revealed to IndieWire that he had continued working on the non-fiction project — currently titled “Sporting Life” — while incorporating the pandemic into it. He hoped to premiere the project this fall at the Venice Film Festival, and hinted at another timely subject for his next team-up with Dafoe: “So far we’ve got Willem, he’s got a camera, he’s got a gun and he’s got a uniform. We ain’t talkin’ any more than that.”

Dafoe, for his part, said he was eager to get back in the field. “I work at a pretty high-energy level,” he said, adding that he had been filling his time watching classic Italian comedies as well as Melville films while taking some classes on Zoom. “I had to stop doing what I’m doing. It gives you time for family, to reassess, but now I’m ready to go again. Actors gotta act. That’s what they do.”

Meanwhile, Ferrara said he hoped to get on a plane soon enough to stage a protest on the White House lawn on July 4. “That’s not a movie,” he said. “The president has to go. I seen Nixon get in a helicopter and leave on one of the best days this country ever had, and it needs to happen again, now.”

Watch some of the highlights from the conversation in the interview above.

“Tommaso” is now playing in virtual cinemas through Kino Marquee.