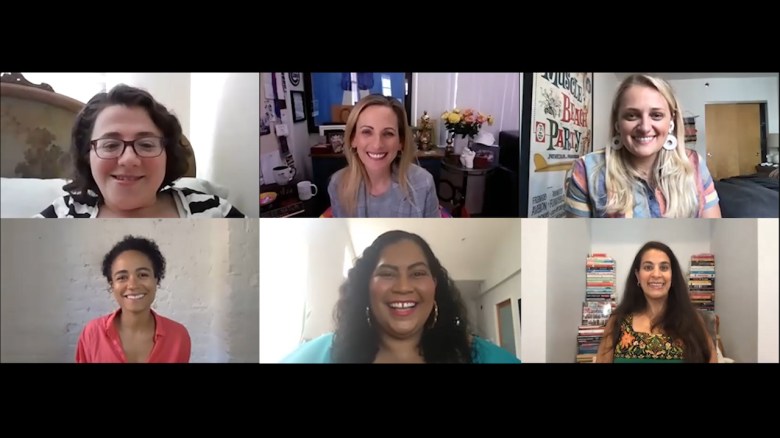 “I want to play a fuckup. I want to play a disabled mess, because that’s the truth,” said disabled actress and comedienne Danielle Perez. It’s one of the most common misconceptions when Hollywood decides to focus on disabled women characters: that they’re saintly, asexual, and/or pious. In honor of the 30th anniversary of the passage of the Americans With Disabilities Act (ADA), IndieWire put together a group of disabled actresses, including Perez, to discuss media, disabled narratives, and accessibility in an unfiltered and off-the-cuff format.

It’s amazing to realize this group isn’t just comprised of up-and-coming actresses, but an Oscar-winner and a Tony-winner. And yet, as revealed in the panel that can be watched in its entirety above, nearly everyone had a story of discrimination and struggle trying to maintain a foothold in Hollywood.

Marlee Matlin, who at just 21 won an Oscar for her role in “Children of a Lesser God” — one of two disabled winners/nominees in the Academy’s 91-year history — says winning the award didn’t give her job security. “I started my own production company because in order to resolve this problem you have to create your own parts,” she said. “If it’s happening to me today, it can happen to anyone, regardless of whether one has an Oscar or not.”

Matlin got even more candid when discussing a television show — no names to protect the guilty — in which she would have had a role as a judge. “I wanted to talk to the director about how they envisioned where the interpreter would be…because it was my courtroom, I want to be able to understand and hear everything that went on,” she said. Unfortunately, the director was focused on Matlin’s ability to speak and wasn’t interested in including interpreters. She ended up losing the role.

The emphasis on lip-reading is something deaf actresses are still dealing with. “Walking Dead” and “Eternals” actress Lauren Ridloff said it’s one of her most frustrating misconceptions. It’s one of the reasons she says she appreciated “The Walking Dead.” “They really tried to keep the storylines and my character as authentic as possible,” Ridloff said. “She doesn’t speak and she shines, so that’s the kind of representation I’d like to see more often.”

Disabled actresses often find it hard just to get in to audition. Perez, who uses a wheelchair, said she’s exhausted by the lack of accessibility still offered to disabled performers. “I have to show up at casting offices where they don’t have an elevator and so you know what happens? I shoot my tape in the lobby and the next time the casting office wants to see me for a part I have to do it from home,” she said.

Actress and Tony-winner Ali Stroker also navigates accessibility challenges, particularly in older Broadway theaters. “Both times that I’ve been on Broadway the producer has had to put up the money to make it accessible, and both times it was done without hesitation,” she said. More importantly, Stroker has made a promise to focus more on accessibility issues, refusing to work in venues that aren’t made accessible. “I had to set a boundary for myself because I was not wanting to accommodate for others any longer,” Stroker said.

Maysoon Zayid, the first disabled actress to appear on a daytime soap, also explained that oftentimes the lack of actual disabled performers on-screen translates into showrunners deciding how disabled is “too” disabled. Zayid said she wrote a secondary character for a sitcom who was gay, Jewish, Black, and in a wheelchair.

“I had producers tell me ‘he can be gay and Black; he can be Black and a wheelchair user. But he cannot be a gay, Black, Jewish wheelchair user’ and I’m like ‘he’s based on a real person,” she said. Zayid ended up losing the sitcom, but she tells the story to remind many that advocating for oneself — and the disabled community as a whole — is often a lonely experience.

But with this need to set boundaries and advocate, there’s an inherent fear about being hit with the label of “difficult,” a word that can be the kiss of death for any actress, regardless of ability. For Ridloff, it was certainly a fear for her — but in taking the time to look at other actors around her, she realized they all had unique needs. “Why should I be any different from them? They have needs and I have needs, so that experience gave me a lot of confidence to ask for what I need,” she said.

With the 30th anniversary of the ADA approaching, it was worth asking each woman where they hoped to see disabled actors and narratives in the next several years. “I want us to be able to tell our stories,” Perez said. “I want us to be behind the camera directing; I want us to be in the writers’ room writing. Stroker hopes that disabled actors won’t find themselves pigeonholed in disabled characters, and that they can play anyone. “You can cast people who are disabled into roles that are already written and let me promise you, there will be so many gifts you’ll find,” she said.

For Matlin, there’s no time to watch 30 years. “We need to make things happen, it’s as simple as that,” she said.

This Article is related to: Television and tagged Direct, disability, Marlee Matlin, Video