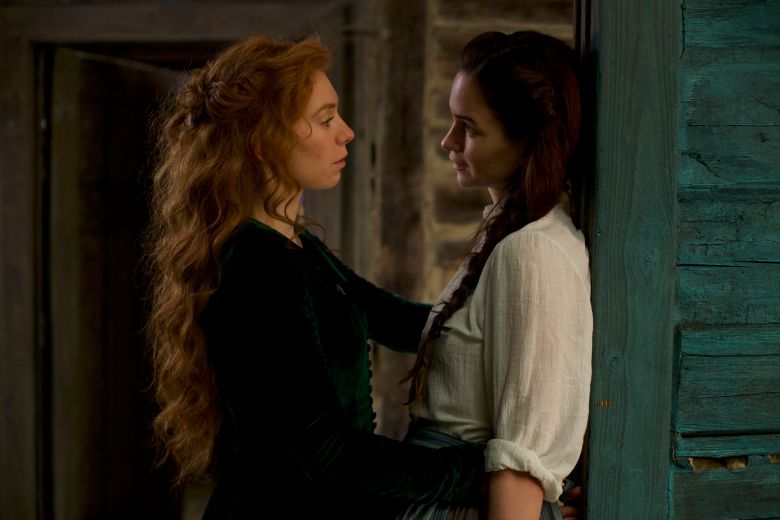 For leading lady Katherine Waterston, what Fastvold tapped into with the film was the character’s creation of a language that didn’t exist. “I didn’t really see her as bashful,” said Waterston. “But she [her character] couldn’t speak because there wasn’t a place in her world for the language she had to speak.” The actress says that while there’s a specificity to the character’s plight, the themes of finding love is universal.

Both Waterston and Kirby have had banner years, balancing serious independent work like this with appearances in massive franchises like “Fantastic Beasts” and “Mission: Impossible,” respectively. Waterston said, “It takes so much time to figure out” what she’s learned while making this film in relation to her previous work.

“I definitely learned from this film what it was like for women in the 1860s,” said Kirby. “I quite literally felt ignorant [about] how little choice you had in your life and it made me incredibly grateful for the freedoms we have to ask for, comparatively.” Kirby said she felt an additional kinship to the movie considering its emphasis on isolation. The global pandemic and our year of social distancing enhanced those feelings. “I think that’s what we’re all missing. I missed it every day,” she said.

Waterston explained she was drawn to the feelings of emotional vulnerability, and how the look at illness in the 1860s feels similar to today. It was hard to separate current events from the depiction within the film. “When we were in Venice and, at the beginning of the film, Dyer [Casey Affleck] gets sick. When he coughed for the first time you just felt a chill through the audience,” said Waterston. “That really surprised me, it didn’t occur to me till I was sitting there.”

This Article is related to: Film and tagged Direct, IndieWire Studio, The World to Come, Video