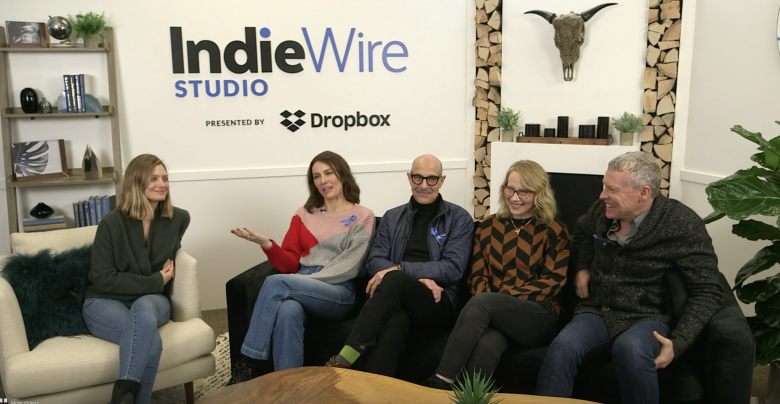 Director Sara Colangelo’s “Worth,” featured among this year’s Premieres at the Sundance Film Festival, is poised to become one of the Park City fest’s biggest breakouts. The film dives into the aftermath of the 2001 attacks on the World Trade Center and the Pentagon, as Congress appoints attorney Kenneth Feinberg (Michael Keaton) to spearhead the September 11 Victim Compensation Fund. How do you put value on lives lost? That’s one of the film’s key questions, and a topic that Colangelo and her team discussed at the IndieWire Studio, sponsored by Dropbox, following the film’s premiere.

The film also stars Stanley Tucci, Amy Ryan, Tate Donovan, Talia Balsam, and Laura Benanti. In the IndieWire video above, Colangelo talks about her approach to the film, which tells a thrilling and timely tale while charting the legal rigmaroles that spun out of the 9/11 terrorist attacks.

“I thought it was a really compelling subject matter, an aspect of 9/11 that I had never heard of, and as I started to delve into it, I became more interested in it,” Colangelo said. “There’s something really interesting about the math of it all, the kind of computing of numbers and putting dollars and cents to a person’s life, colliding with heartbreak, and the human drama of 9/11. That tension was really interesting to me.”

IndieWire Film Critic Kate Erbland’s A- review of “Worth” out of the festival points to the insurmountable climb that Keaton’s Feinberg has to make: “One part character study, one part journey through bureaucratic bullshit and political machinations, Sara Colangelo’s ‘Worth’ brings to life the story of Feinberg’s (Michael Keaton) seemingly unwinnable mission. Portrayed by Keaton in an unflashy, wholly impressive turn, Feinberg is a reason-driven legal wonk who, despite not believing that anything can ever be truly fair, still thinks the law and rational thinking can get people at least part of the way there. He’s the kind of guy who unwinds by listening to opera, who comes home and doesn’t take off his jacket or so much as loosen his tie before settling down to relax. And what he lacks in emotional intelligence — his first meeting with the victims’ families is a jaw-dropping lesson in what not to say to people in mourning — he makes up for with an unshakeable moral compass. Put it this way: Feinberg and his team worked on the fund for 33 months, pro bono.”

The film is currently seeking U.S. distribution. The IndieWire Studio at the Sundance Film Festival is open through Monday, January 27. Follow all coverage out of Sundance via IndieWire’s festival bible here.

This Article is related to: Film and tagged Sara Colangelo, Sundance, Worth