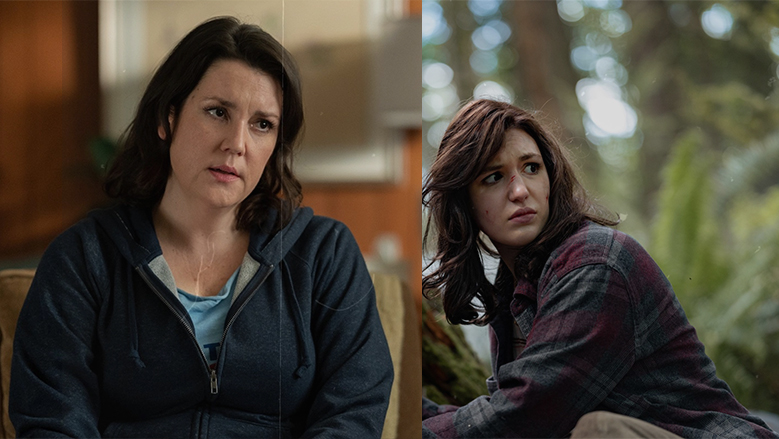 Two actors having to play the same character can be quite the precarious task, one that often leads both feeling doubtful. But in situations like the breakout Showtime series “Yellowjackets,” it breeds true greatness.

Sophie Nélisse and Melanie Lynskey respectively play Shauna, one of the protagonists on the drama, during her time in the wilderness after her soccer team’s tragic plane crash, and years after as the past comes back to haunt her.

Talking to IndieWire as part of our Spotlight series, the pair of actresses reflected on how they were both on edge trying to match each other’s performances in the early days of production. Although blonde-haired, blue-eyed Nélisse had gone through a style transformation to better resemble Lynskey, she said, “I remember when we did the table read, I’m sitting down and Melanie started speaking and saying her lines, and I’m just like you speak quite higher pitched than me, and I freaked out, and I was like, ‘There’s still time to fire me.’”

Little did she know that her co-star was having the exact same issue. “She kept saying to me, ‘Your voice has to be deeper. Your voice has to be deeper. Sophie’s voice is deeper,’” said Lynskey, sharing what feedback she was getting from pilot director Karyn Kusama. “Like Sophie, I think I was the one who was in danger of getting fired, not you. They were really like you’ve got to change your voice.”

Ultimately, the two “Yellowjackets” stars realized that their strength is in being “instinctive,” as Lynskey puts it. “We don’t really look that similar, but there is something energetically that works,” she said. “A lot of people say we have sorted the same essence,” responded Nélisse.

They are now also each other’s biggest fans. “What I love about older Shauna and the way that Melanie’s done it is that she brings so much light to the show,” said Nélisse. “You bring so much lightness and funniness and reality and humanity to the character.”

Lynskey countered by stating “I think that Sophie had the hardest job of any actor on the show. I would read the script and just see what was required of you. There’s so many huge moments that you had to play and you’re just like on fire.” As the two got emotional, the Critic’s Choice Award winner told her young co-star “You’re so present. You’re so real. You’re so grounded. You have this ferocity to your performance and this focus. . . I look up to you as an actor, truly.”

For more from “Yellowjackets” stars Melanie Lynskey and Sophie Nélisse, watch the video above.