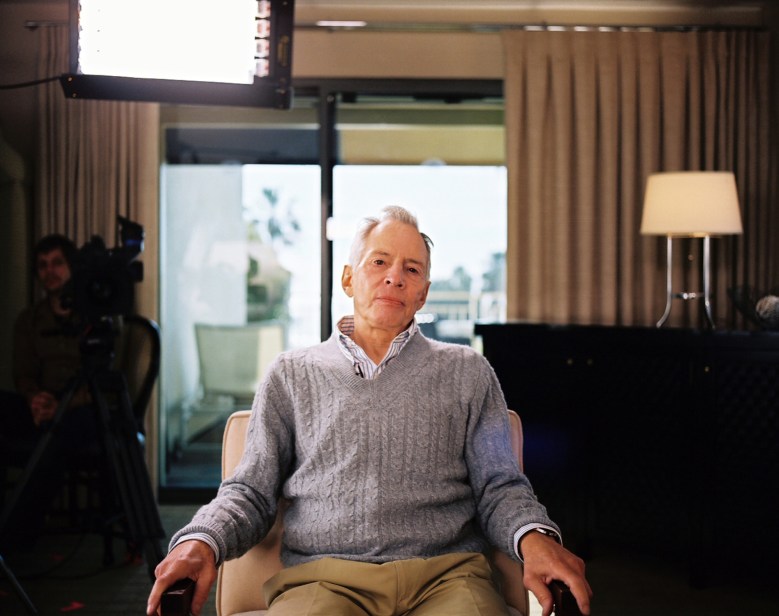 2020 has seen no shortage of compelling docuseries to watch from the comfort of your couch, suggesting a booming economy for the genre, as well as a battle royale for the category at the 2021 Emmy Awards.

The former could be gleaned from the most recent crop of docuseries in last year’s Emmy competition, offering up behind the scenes stories from big name stars (Hillary Clinton in Hulu’s “Hillary,” Michael Jordan in ESPN’s “The Last Dance”), big time stress (Netflix’s “Cheer”), and just general batshittery (Netflix’s “Tiger King” and HBO’s “McMillions”).

Even at this juncture, just four months into next year’s Emmy eligibility period, there’s a whole host of potential candidates champing at the bit for recognition. HBO has already offered “I’ll Be Gone in the Dark,” a series about Michelle McNamara and the hunt for the Golden State Killer, as well as “The Vow,” which details the horrors of the NXIVM organization, an alleged cult. Showtime has launched their own contender in “Love Fraud,” about expert catfisher and manipulator Richard Scott Smith, who left a trail of broken hearts and empty bank accounts in his wake. And FX has legendary documentarian Errol Morris on their side with “A Wilderness of Error,” not directed by Morris, but featuring him and based on his book of the same name about the uncertainty around the guilt of Jeffrey MacDonald.

I like docuseries. A lot. And during the pandemic I’ve indulged in many, including several of the above. Some I consumed wholesale, practically in a single sitting, while others I took my time with. But there were still some, also included above, that I sampled but eventually wandered away from.

This was a problem. It’s difficult enough to get someone to sample your product in the current TV landscape. If you can’t hold their attention, you’re dead in the water. I had an idea of what was turning me off, but I wanted to check my math.

That meant revisiting one of the most acclaimed docuseries in recent memory: “The Jinx: The Life and Deaths of Robert Durst.” With only six episodes, the series was as tight and entertaining as I recalled. But the key to so much of the show’s ease of ingestion comes from the fact that the episodes are short. Back in 2015, we were still slightly more rigorous about runtimes, specifically for something airing first on TV and eventually moving to streaming. What that means is the longest episode of “The Jinx” is 52 minutes long, an anomaly, and that memorable finale? A paltry 37 minutes. At almost every turn, Jarecki leaves the audience wanting more, but inherently understanding the value of making each of his episodes its own compact story within a larger collection.

But short episodes obviously aren’t the only factor in making a successful docuseries, as evidenced by revisiting one of the best docuseries ever: Netflix’s “The Keepers.” Beginning with the murder of two young women and spiraling beyond into something so much larger and so much more nefarious, “The Keepers” makes the most of each of its seven episodes, with most running well over an hour long. What saves the series from ever feeling like a drag is again the idea that each of its episodes tackles its own individual issue, with straightforward episode titles including, “The Murder,” “The School,” and “The Suspects.”

TV provides a place for documentaries and docuseries to flourish and find their audiences, but too often it appears that filmmakers falter under the reduced restrictions of a player like FX or HBO or Netflix. Sometimes it feels like their stories are beginning too early, others feel like they could have lost at least one storyline and tightened up the series overall. There are so many great docuseries out there. Just cut them down and make them sing.

For more on the recent flux of docuseries, check out this week’s episode of IndieWire’s TV podcast “Millions of Screens.” Hosts Deputy TV Editor Ben Travers, Creative Producer Leo Garcia, and me, TV Awards Editor Libby Hill, also get into the world’s most convoluted chip metaphor because our brains still haven’t recovered from the Emmys.

Plus, stay tuned as we explore news that Film Independent is adding TV categories to the 2021 Spirit Awards, which will inevitably be a huge disappointment for everyone involved. In keeping with ongoing social distancing mandates, this week’s episode was again recorded from the comfort of everyone’s respective Los Angeles-area apartments, and we’re again offering viewers a video version of the podcast, as embedded above.

This Article is related to: Television and tagged Direct, Millions of Screens, Podcasts, Tiger King, Video